Remembering the Holocaust: 75 Years After the Liberation of the Camps

Ambassador Colette Avital, an Israeli diplomat and former Member of the Knesset (Parliament)
Go to the article by this link

Deal between Jerusalem and Bucharest, which was caught up in red tape for past six years, expected to provide some 7,000 survivors with hundreds of additional shekels a month

DEBORAH LIPSTADT: ANTISEMITISM IS LIKE HERPES, IT NEVER GOES AWAY

Colette Avital explained that while “Holocaust denial was a blunt attempt to say, for example, that there have been no gas chambers, the distortion of history is more subtle and perhaps less noted.”

Conference on the future of Looted Art, Jerusalem 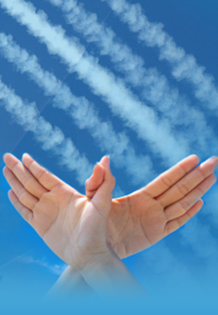 "In 2010 the Center Organizations was recognized, per the Government's decision, as the representative organization of all Holocaust survivors in Israel."

The Center Organizations of Holocaust Survivors in Israel

The Center Organizations of Holocaust Survivors in Israel serves as an umbrella organization for 55 organizations representing communities that suffered from Nazi persecution during World War II: from Western and Eastern Europe to North Africa. The organization, which was founded more then 25 years ago, has been recognized by the Government of Israel as the representative organization of the entire survivor population in Israel.

Since the day of its establishment, the organization's primary goal has been to fight for the survivors' rights in Israel and abroad, in order to allow them to live in dignity and ensure their welfare. The struggle was crucial in the past due to the indifference and neglect of previous Israeli governments. Distortions and injustice exist to this day, as a result of an artificial division of the survivors according to their geographic origin or their date of arrival in Israel; because of legal problems resulting from outdated laws; and because of the inequality in the rights provided by various bodies. This is an aging population – their average age is 84 – and their needs have changed over the years.

The organization also acts to commemorate the Holocaust and revival of the Jewish nation and impart its legacy to future generations.

In 2010 the Center Organizations was recognized, per the Government's decision, as the representative organization of all Holocaust survivors in Israel.

The organizational framework that has been set in the past and which is preserved to this very day, is that of collective rather than individual representation with membership of organizations with similar backgrounds and objectives, working together to obtain proper compensation for Nazi victims . The organization's Council consists of representatives of all member organizations – and they elect a Governing Board of 21 as well as the Chairperson of the Center.In addition, the center operates through committees dealing with a variety of issues on the agenda.

1. Obtaining rights and benefits for all groups of survivors who suffered from the Nazi persecution including those who have not received ,as yet, any compensation. 2. Undoing wrongs and inequalities caused to Holocaust survivors in receiving compensations and allocations from Germany, Israel and other sources 3. Fighting for the restitution of private and communal property robbed from the Jews, mostly in East European countries 4. Involvement in further negotiations with the government of Germany – together with the Claims Conference – for the improvement of the level of reparations and the inclusion of populations that have not received compensations (mostly from the CIS) 5. Fighting for additional compensations for Child survivors ( as a result of additional suffering and trauma) 6. Ensuring the financial and spiritual welfare of the survivors, including cultural activities 7. Organizing and coordinating volunteer groups for help in survivors's homes . 8. Mapping out and planning the needs of the aging population in the next few years 9. Ongoing contacts with Government Ministries to ensure and expand budgets – including the "Standing Committee" headed by the Director General of the Prime Minister's Office 10. Helping organizations of survivors in distress 11. Fighting against anti-Semitism around the world – including the renewal of publication of Nazi literature 12. Activities for the commemoration of the Holocaust and tributes to the survivors for their contribution to the establishment and prosperity of the State of Israel 13. Joint projects with municipalities, local councils and other bodies for the expansion of activities benefiting the survivors population around the country

1. Commemorating communities annihilated during the Holocaust and imparting their legacy to future generations 2. Raising awareness for the Holocaust and heroism among Israelis (mostly the youth) as well as abroad 3. Encouraging the production of films, plays and books including the publication of individual biographies of Holocaust survivors 4. Organizing conferences and Remembrance days in Israel 5. Participating in International Holocaust Remembrance Days abroad